Ant Ciavarella and Aoife Halliday (Ruckus Pubs Ltd) are the proud landlords of The Ostrich at Castle Acre since 2021. They’ve brought Norfolk’s iconic 16th century coaching inn back to life, with a welcoming bar, local produce from the kitchen and relaxing overnight stays.

Ant started waiting tables in Sydney in 1993 at one of Australia’s best restaurants, Forty One. He then upped sticks to London and worked at the original Soho House for a few years as a waiter and then manager. There were a few misspent years in IT before he was lured back to hospitality, working in operation services; launching Barmetrix in London in 2007 and Ruckus in 2020.

Aoife started working in a pub during art college in 2000 and moved back to London after time in California. Working bars to pay the rent made her realise that hospitality was her calling. Ant finally convinced her to join him as a business partner in 2018 which he credits as his best business decision to date!

In 2021 Ant and Aoife created Ruckus Pubs Ltd and became landlords of The Ostrich in Castle Acre. 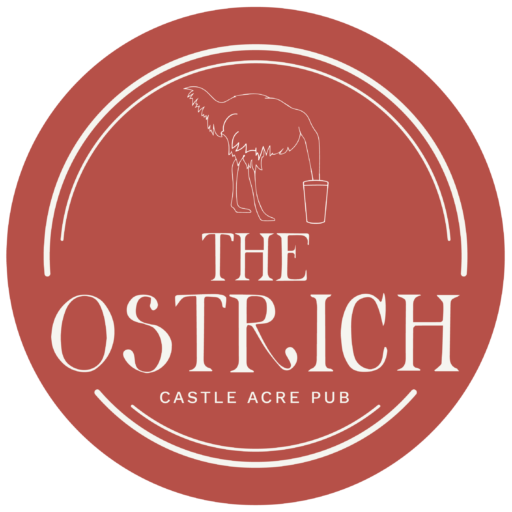 GET SOCIAL WITH US

This website uses cookies to improve your experience while you navigate through the website. Out of these, the cookies that are categorized as necessary are stored on your browser as they are essential for the working of basic functionalities of the website. We also use third-party cookies that help us analyze and understand how you use this website. These cookies will be stored in your browser only with your consent. You also have the option to opt-out of these cookies. But opting out of some of these cookies may affect your browsing experience.
Necessary Always Enabled
Necessary cookies are absolutely essential for the website to function properly. These cookies ensure basic functionalities and security features of the website, anonymously.
Functional
Functional cookies help to perform certain functionalities like sharing the content of the website on social media platforms, collect feedbacks, and other third-party features.
Performance
Performance cookies are used to understand and analyze the key performance indexes of the website which helps in delivering a better user experience for the visitors.
Analytics
Analytical cookies are used to understand how visitors interact with the website. These cookies help provide information on metrics the number of visitors, bounce rate, traffic source, etc.
Advertisement
Advertisement cookies are used to provide visitors with relevant ads and marketing campaigns. These cookies track visitors across websites and collect information to provide customized ads.
Others
Other uncategorized cookies are those that are being analyzed and have not been classified into a category as yet.
SAVE & ACCEPT